The final chapter? I think not! A moving summary report by Tom Knight

Gain some insight to what it must have been like, by reading the compelling and passionate account written by club member and professional journalist Tom Knight - a must-read.

The final day and Neil talks to BBC Radio 5 Live

As Neil sets off on his final day, with 26 miles left to run, he secures a national radio interview with BBC Radio 5 Live. The sessional also features a discussion with Luke Tyburski, an endurance adventurer, motivational speaker and health and wellness coach. Luke has been providing valuable support to Neil since his JOGLE was just a plan.

Neil is nearing journey’s end and talks to Julie Skentelbery of BBC Radio Cornwall, as he passes through St Austell on Friday, August 20th.

Listen to this engaging interview, where Neil talks to Claire Carter, Breakfast presenter for BBC Radio Somerset twice - Friday 13th August and Tuesday 17th August. The record for the 17th tells you everything you need to know about Neil’s run and what it has meant to him. He will be running along the Grand Western Canal today.

Twelve miles into day-31 of consecutive back-to-back marathons, and just a few hours after a very poignant interview with BBC Somerset’s Claire Carter this morning (see above), Neil sounds chipper as he is interviewed by BBC Radio Gloucestershire’s Steve Kitchen. He is now in North Devon.

Neil gets Bourton Road Runners’ tribute as he leaves Bourton

Neil Russell, who is running from John O’Groats to Land’s End to raise awareness of Parkinson’s, was given a guard of honour from his clubmates at Bourton Roadrunners as he ran through his home town on his way to the south-west.

Onwards and upwards: Neil Russell leaves Bourton on the Water, waved on by his clubmates at Bourton Roadrunners, including (front right) chairman, Chris Dry.
click on the banner picture to download a larger copy.

The 64 year-old former advertising executive, who has Parkinson’s, has already clocked up more than 600 miles of the 895 mile journey, which began on July 18. As well as raising awareness of Parkinson’s, Neil also wants to raise as much money as possible for Parkinson’s UK.

The aim is to make it to Land’s End on the weekend of August 21/22, with Neil covering a marathon a day for 34 days. Several of the Bourton Roadrunners have joined Neil for stages of the run in Scotland and the north of England.

Chris Dry, the club chairman said: “Neil has been an inspiration to us all throughout his training and to see him putting all that work into his astonishing run has been amazing. It was lovely to see him again as he came through Bourton on the Water and he can be assured of a very big welcome when he comes home after completing his remarkable journey.”

As Neil jogged out of Bourton on the Water towards Northleach, he said: “It was a real boost to see so many of my clubmates out on the road supporting me.”

To donate to Neil’s fundraising, visit his JustGiving page.

Neil was able to find a few spare moments in his challenging schedule, to talk to Caroline Wyatt, the presenter of BBC Radio Four’s PM programme on Saturday, 7th August. Our humble man is in fine voice!

First there was distance running legend, David Bedford, then 5,000m world record holder, Dave Moorcroft. Now the World and Olympic silver medallist and Commonwealth 1500m champion, Peter Elliott has added his support for our Neil Russell’s epic John O’Groats to Land’s End run. Please do what you can to help Neil’s run to raise money and awareness for Parkinson’s. The legends are behind him all the way!

David Bedford, the former London Marathon Race Director and 10,000m world record holder is backing our own Neil Russell ahead of his epic run from John O’Groats to Land’s End to raise awareness of Parkinson’s and money for Parkinson’s UK. You can help too at Neil’s Just Giving page.

On the road with Neil Russell 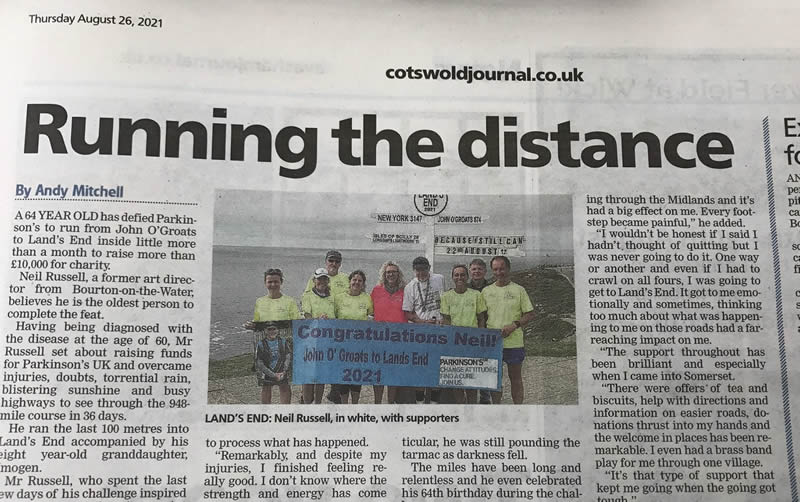 The final chapter? I think not! Click on image to download a larger version, or better still buy a copy of The Cotswold Journal. 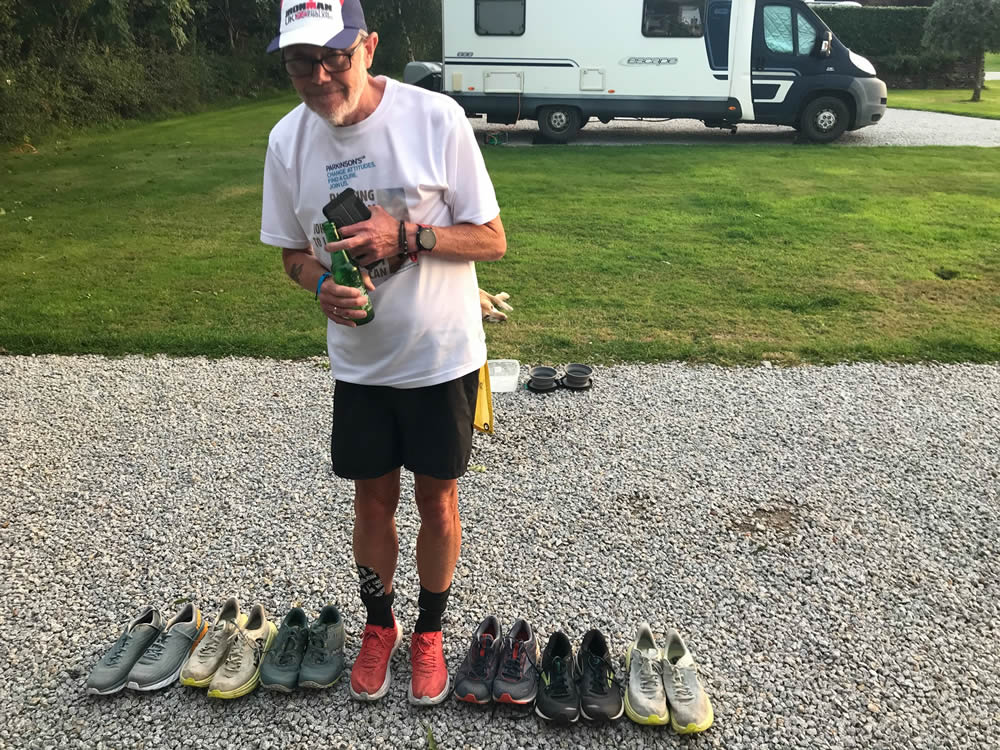 Walk a mile in my shoes. Neil with the basic equipment. Click on image to download a larger version. 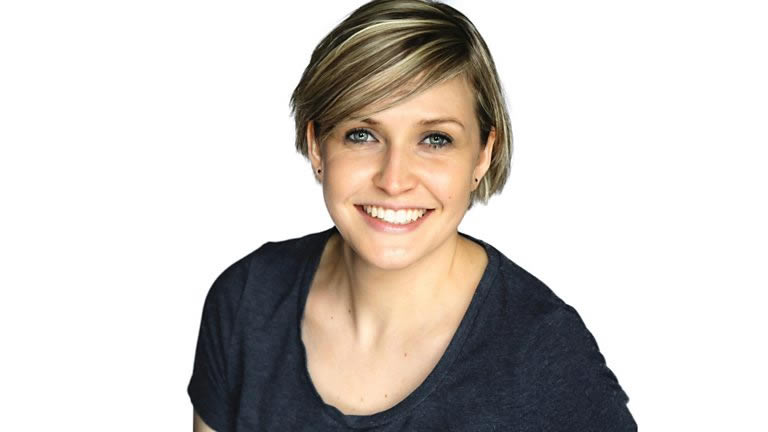 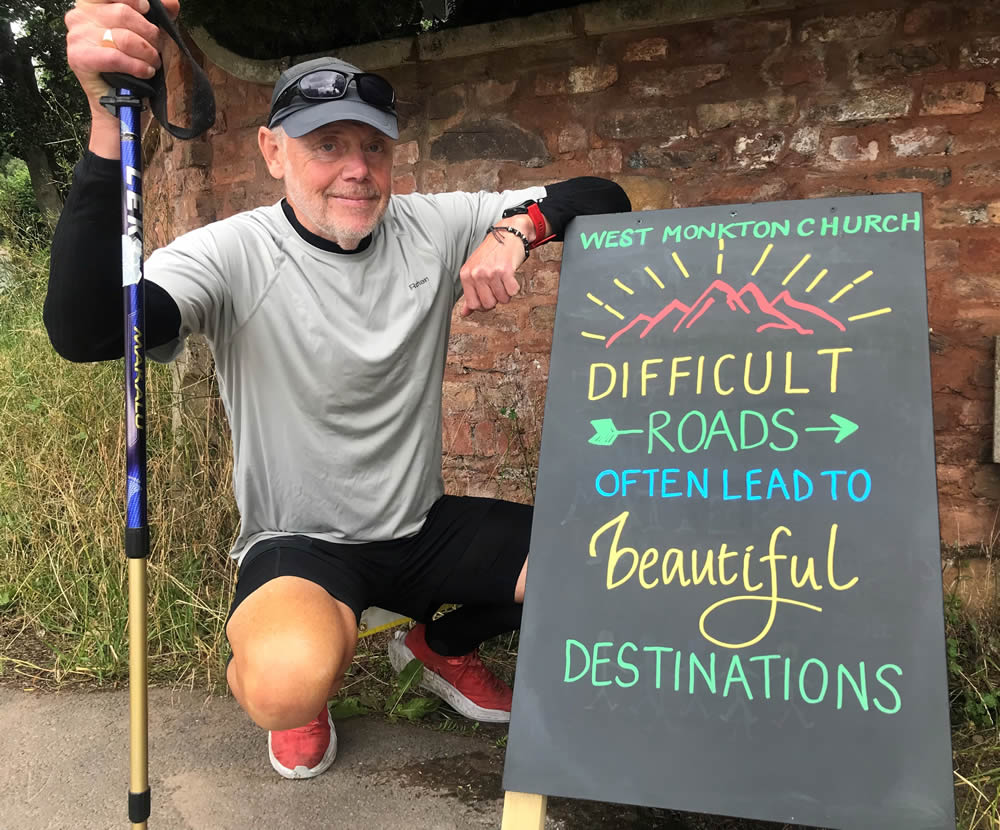 Neil takes a few moments to reflect on the road ahead; click on image to download a larger version - photo by Susan Hunt.

After several months of gruelling training, Neil is fast-approaching the start of his epic journey; running from John O’Groats to Land’s End for Parkinson’s UK. As part of his preparation Neil has prepared a wonderful podcast    in conjunction with the talented comedian Rob Deering, during a training session in London’s Royal Parks. Please take some time to listen to the podcast,    to gain some insight into Neil’s motivation and what's involved in taking on this 900 mile challenge.