This year’s Bourton-on-the-Water 10k, sponsored by Highbridge Jewellers, not only sold-out within an hour, it attracted over 700 entries. It also enjoyed the support of local residents, businesses and visitors alike. Despite the damp and very windy conditions, everyone was grateful that this high-profile event was able to go ahead following an assessment of the course conditions.

Right from the off Ed Banks of Birchfield Harriers demonstrated his quality, taking an early lead but hotly-contested by Cheltenham Harriers’ Alex Lee and Charlie Jones, with Alex a former winner. These three dominated the race, with Banks the clear winner in 31:04, Lee second in 31:50 and Jones third in 32:12, despite the challenging conditions.

The first lady was Rachel Felton from Shaftesbury Barnet Harriers in 35:15; Rachel having achieved a win in four of last 5 years at Bourton. Second was Tracy Hinxman of Gloucester AC (37:22) and Liza Bradshaw of CLC Striders third (39:16).

The club wishes to thank everyone that supported the event and made it all possible, particularly Highbridge Jewellers Bourton-on-the-Water, Cotswold First Aid, Bourton Vale Cricket Club and Bourton-on-the-Water Parish Council. The club is also grateful to all of the runners and marshals helping to support this year’s nominated charities, Parkingson's UK and North Cotswold Foodbank. Last year you helped the club raise £4325 for Pancreatic Cancer UK.

With clear blue skies and a light breeze Darren Long ran an even pace of 6:30 minutes per mile and continued where he left off at the end of last year, with new personal best of 2:52:53.

The importance of consistency cannot be over-stressed with marathon running, and having examined Darren’s 5k splits one cannot help but be impressed that he never drifted outside the 4.05 to 4.07 minutes per kilometre range; brilliant pacing.

With strong winds two BRR members took part in the race. Jenni Glass in a very creditable 1:47:40 and Claire Carroll in 2:25:50

Having previously run no further than 10 miles, Mary Worker ran her first half marathon in 2:26:52.

The Terminator, a challenging multi-terrain course of around 12 miles, organised by Pewsey Vale running club. With a gentle start, comprising fields and a canal towpath, things then got serious with several climbs, a sting-in-the-tail and a free shoe wash.

Due to conditions the race was 12.7 miles instead of the planned 12. It was very wet, muddy and had swollen rivers, which had to be crossed 3 times. Tom Hill, BRR sole representative finished in 2:16:55, with the final hill too steep to run, everyone climbed it on their hands and knees. 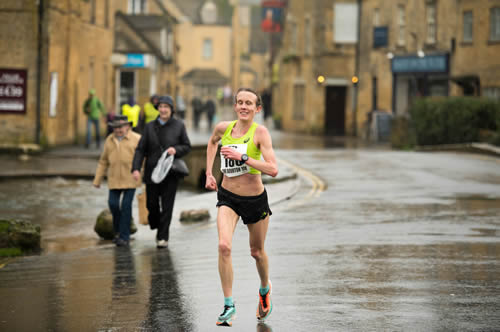 The first lady Rachel Felton from Shaftesbury Barnet Harriers 100m from the finish. Rachel having achieved a win in four of last 5 years at Bourton.

Catch a few photos of the our club runners, using the photo gallery below. 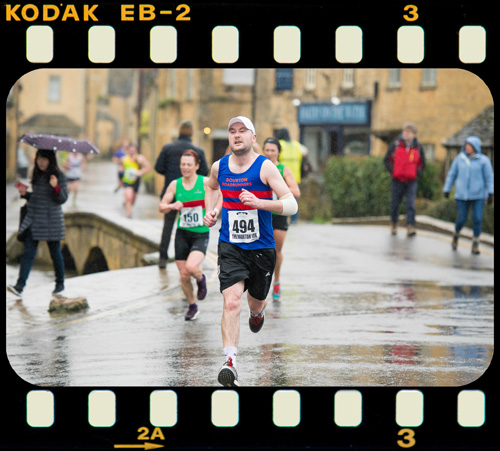 Darren Long achieved another marathon PB at the Seville Marathon, Spain, in 2:52:53.

Well done to Jenni Glass and Claire Carroll for tackling the Brighton Half in difficult conditions.

And congratulations to Mary Worker in her first half marathon at Wokingham.