The Bourton One Mile Challenge has built up a tremendous reputation over the years and always attracts top athletes from near and far to enter into this one mile sprint. This year over a hundred keen runners took part in the event, promoted by Norm and Ali Lane, in aid of Arthritis charities. The race was also first event in this year’s Gloucestershire Road Race series.

The first Bourton Roadrunner to finish was Peter Carrick in a time of 5:22, narrowly beaten by the GB ladies junior champion Eva Barton who was first woman in the race. Next to finish were Bourton Juniors Frederick Sanson and Lucy Hillary, both in 5:47. Local man Tim Hemming, in his first race for the club, had a brilliant run achieving 6:10. Close behind was Darren Long in 6:12 and Alfie Sansom in 6:16.

Norm Lane, having set up course, ensured that adequate support facilities were in place and sent the competitors off in socially distanced groups, took part in the race himself alongside the ever-present Felix Thomson, who was joined by his guide dog and his mother. This group was received at the finish with a tremendous applause, in 16:49. Felix won the male Fun Run race trophy, while Norm was rewarded with 2nd MV/75.

Alan Gibson and his dad John, ever-presents at the Vitality London 10k, took part in this year’s rescheduled race which was held in Hatfield Park Hertfordshire. A departure from the usual fast flat course around London’s principal City and West End sights, the event was turned into a socially distanced off-road race. Whilst not fast, the two enjoyed the course and the day out in a time of 64 minutes; home in time for the Euro Football final! 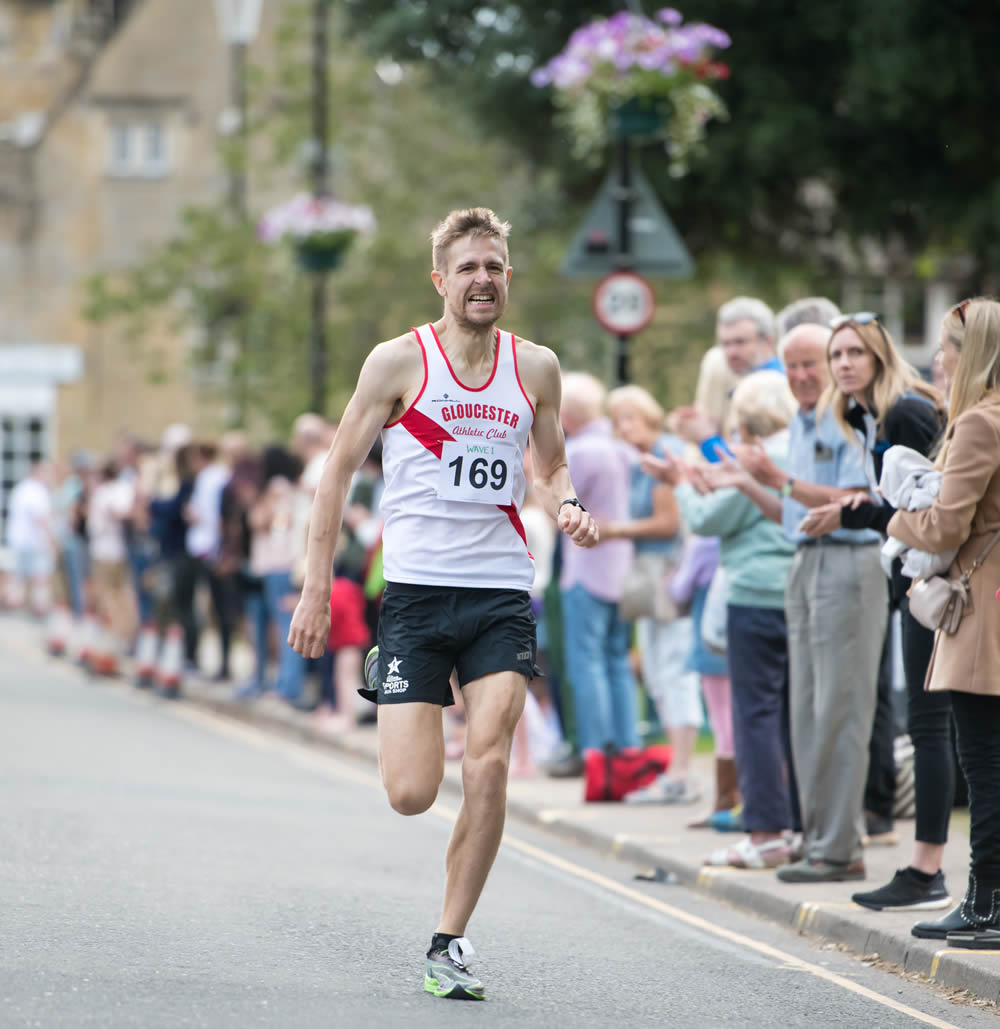 Race winner, Ben Robinson of Gloucester AC, in a time of 4:16.

Peter Carrick was first Bourton Roadrunners to finish at the Bourton Mile, in a time of 5:22. 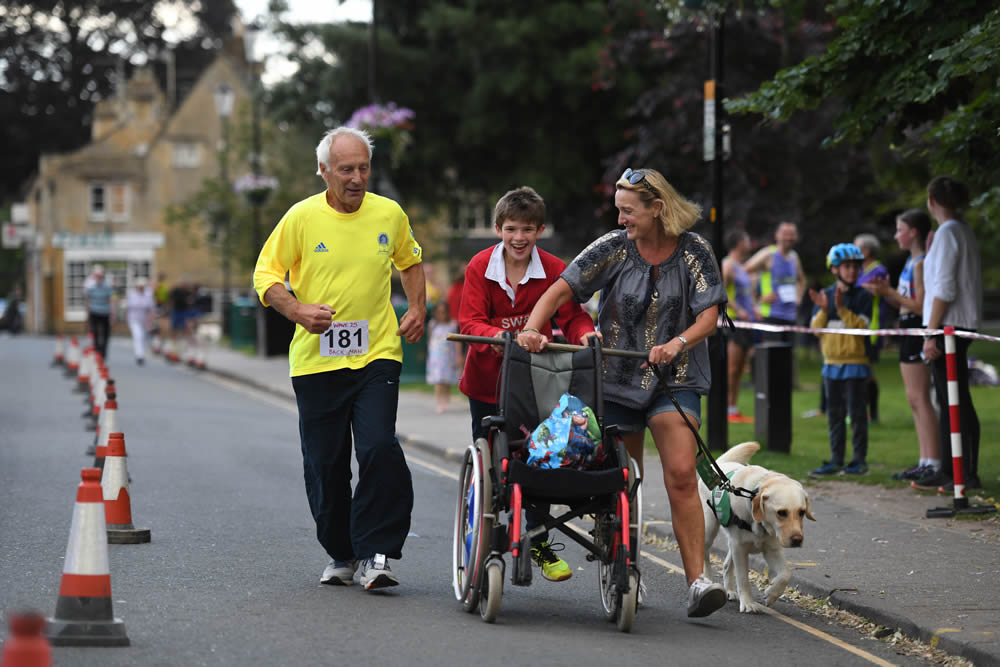 Felix Thomson, male winner of the fun run, with his mother and race organiser Norm Lane.