Download a copy of the schedule of routes used for Tuesday and Thursday club sessions, and the efforts plan, for the period 2nd - 30th August 2022 inclusive, here.

Maps of the routes we use are on our Training Routes page. They are grouped by terrain and approximate distance

We have a few new additions to our Club Kit   obtained via the Sliick Store; check-out the range. We also hold a stock of club vests and a few ‘old’ items (available in return for a small donation) in a locker at the leisure centre. If you wish to view, try or buy please contact one of the key holders below:

Sunday 4th December. “Hangover Run”, route will be organised by Steph and Gary.

Catch up on our recent race reports and the back-library of reports.

In addition to the Cross Country League and the County Championship events, noted above, Gloucestershire AAA held a standalone short-course event. It was held at Stroud Leisure Centre, Sunday 19th December, and hosted by Dursley Running Club.

Intercounties selection
Gloucestershire County can enter teams of twelve athletes in each age group, with eight athletes to run of which four will score, except for Senior Men and Senior Women, where fifteen can be entered, with nine to run and six to score. The first 8 (10 for seniors) in each race with 4 (5 for seniors) places left for those who can't race. Athletes who do not race in the Glos. AAA CC Championships but who wish to be considered for selection should email gloucestershireaaa@athletics4u.co.uk by the date of the Glos. AAA Championship stating that they wish to be considered for selection, giving this season’s results and a reason for not competing in the GAAA Championship. Selection will be notified by email by January 24th.

On the road with Neil Russell 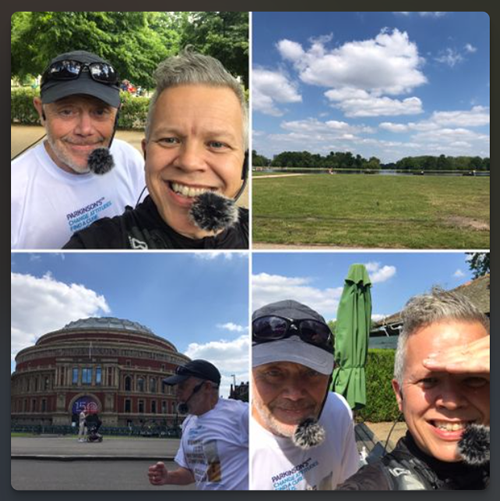 During the year Neil Russell completed an astonishing 948 mile run, from John O’Groats to Land’s End in 36 days. Get some sense of what was involved by reading the JOGLE page or read the detailed run report and photos. Distance running legends David Bedford, Dave Moorcroft and Peter Elliott all gave their backing to Neil Russell’s John O’Groats to Land’s End (JOGLE) quest, with a couple of video support messages.

The Photo Library has been transferred to the Club Archive, page although are a few more photos within recent race reports.

We are collating the data to enable us to build a member-focused library, recording club records, competition winners and a 'hall of fame', recording the many representative honours that club members have achieved since the club was formed. At the time of writing we are trying to locate the official record book.

Take a look at England Althletics’ eNews   keep in touch with the latest information.

Social dates for your diary:
The next event in this year’s 6-from-10 competition will be the Hookey 6 miles. This wil be on 7th August.

Check-out the social events below, which Alli Quinn, our Social Secretary, has put together for January and February.

Join us for a monthly parkrun. Chipping Norton School is the first of these - 15th January.

Training Route Maps:
We have added a series of maps, showing the routes used for our training sessions. These will aid members in understanding the routes that we use by rotation. These are stored on a new Training Routes page, and are grouped by terrain and approximate distance.

Catch up on our recent race reports and the back-library of reports, including a special report featuring Claud the Caterpillar at the 1986 London Marathon.

We have a few new additions to our Club Kit    range check-out the range.

We have recently added two new photos to the photo library, featuring a young Richard Bufton and veteran member Dennis Abbots at the 1998 Bourton 15, kindly supplied by Robin Macdonald. Richard was only 6 seconds behind UK international Steve Brace.